If you’ve been a keen yogi for some years, it’s likely you now possess the will and the strength to attempt some of those really cool — and challenging — poses you see all over Instagram. There are plenty of advanced yoga poses to pick from, but there is one particular pose that is the toughest of them all.

The “Taraksvasana,” or the scorpion handstand, is widely believed to be the hardest yoga pose to master. It consists of an inverted handstand where the back is arched, and the feet arrive at the crown of the head. When done correctly, the pose resembles the tail of a scorpion.

Feel brave enough to give it a go? Let’s take a closer look at how to tackle the pose.

Why Is the Scorpion Handstand So Hard?

This pose requires perfect balance as well as excellent upper body strength. Because of the arching position of the back, you need to be super flexible too.

As you arch your back and bring your feet over the top of your head, it throws the body out of balance. Therefore an immense amount of focus is necessary to keep yourself upright as you flow into the move.

This pose exercises every element you’ve ever learned in yoga and combines it in one magnificent pose. It’s ultra-tough to conquer but well worth the results. Plus, you definitely get bragging rights for mastering it!

How to Do the Scorpion Handstand Correctly

To help you gradually get the pose right, there are several variations you can try. Get used to each one before moving on to the freestanding handstand.

Once you are happy with your scorpion pose, you can move on to try the handstand variation. Keeping one leg straight when holding the pose eases you into it safely.

Start by doing a handstand close to a wall. Your butt should be facing the wall. Bend one foot toward the wall until the toes touch the surface. Keep the other leg straight in the air.

Using the wall for stability, keep moving the other foot towards your head until your knee is bent and the foot reaches your crown. Hold for a few seconds before releasing. Repeat the pose with your other foot.

As you become comfortable with the pose, try to use the wall support less and less until you can get into the pose without any support at all.

Once you’re ready to do a full scorpion handstand, you can move back to using the wall.

Start the same way you did with the scorpion handstand with raised leg, only this time, bend both feet towards the wall until they touch it. Bend both knees in tandem until your two feet rest on the crown of your head.

Practice this pose and graduate from the wall until you can do it freestanding.

I’m Ready For More – What Other Tough Yoga Poses Are There?

If you’ve conquered the scorpion handstand and are ready for more, you may also like to try out the following toughies. All require superior balance and strength with the flexibility of a rubber band.

Also known as Eka Pada Bakasana, the one-legged crane is a more advanced version of the crow pose. The crane extends one leg upwards and back to give the impression of a diving crane.

When looking at what is the most difficult yoga pose, few consider the lotus pose as a contender. This is because it doesn’t look awe-inspiring. In actuality, a proper, full lotus pose is no less hard than some of the other more flamboyant poses. It’s damn hard to bend both feet upward and have both knees flat on the floor! You need highly flexible hips to manage a full lotus.

This pose looks like you’ve tied yourself in knots. Named after a well-known yogi called Astavakra, the pose requires your body to bend at a perfect right angle while balancing on your hands.

There are plenty more advanced yoga poses that you can learn and master. However, if you can manage the scorpion handstand, you should be able to do them all. The key is to begin with the more straightforward variations and go from the 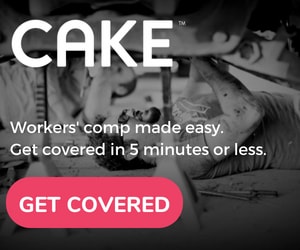